I confess that I am in the midst of a very long, ongoing love affair—with islands.

Many islands. I have yielded to their temptation in many seas—some repeatedly—and each island has shared its unique characteristics abundantly and unabashedly.

The most valued aspect of these island affairs is that they have taught me the principles of green living, as dictated by the isolation that is a normal, accepted part of the island lifestyle. While the isolation is part of the charm, it also has its own set of challenges.

The point is that living on any island requires one to live mindfully. Mindful of everything from water use to recycling to consolidating trips to the mainland to save money.

Right from the beginning, I found myself constantly saying, “When we return home, we need to continue to live as though we’re living on an island.”

And then we did.

Here are a few things we learned.

“What are those paper squares that the ladies put on the trays?” he asked.

“Ohhh. Those are ‘paper napkins’. Schools don’t use cloth napkins,” I said.

I imagine the school staff thought we were raising little heathens who didn’t know how to use napkins.

Instead of watching television, we sat out on the porch. We read, or played Scrabble, or talked to each other. Sometimes we swung in the swing under the shade of the enormous twin beech in the front yard. The boys rode their tricycles up and down the length of the porch, and chased fireflies at dusk.

In later years, we would occasionally rent a movie from the convenience store. In those days, when you rented a movie it entailed carrying home a VCR unit. Yes, kids, you carried home a VCR and a VHS movie videotape as part of your evening rental, hooked it up and then carried back the whole kit and kaboodle the next morning.

At home, we didn’t just drive into town for every little item that we needed. No impulse driving. We kept a list for the items to be purchased and the errands to be run. In later years, when we lived in a rather remote location by some standards—an hour’s drive from the grocery store—our habit served us well.

There were some times when it proved comical.

Our children always chose a favorite meal for their birthday dinner. One year when our youngest was five, we had a birthday party and four little boys joined us that evening. Zack’s selection was a Cantonese meal: Ho Yu Gai Poo. The children refused to eat it. No problem. We had lots of leftovers. I suppose I could have told them that these were “chicken nuggets” and served the sauce on the side, but I’m glad that this didn’t enter my mind.

When our sons grew up, their taste buds were “spoiled”. Since they had never experienced fast food, they didn’t crave it. Of course, they did try it when they went away to school, and certainly ate it for a period of time. Now in their 30s, our sons favor a plant-based diet with occasional free-range meats—never pork. (Pigs are smart creatures.) They have been at times vegan and pescatarian. It makes a mother proud.

I had always sewn my own clothes, except for blue jeans and imported Indian tops and winter jackets.

I had always been repulsed by the pinks and blues assigned at birth so automatically. I made velour overalls for our babies, soft and warm, and in bright or earthy colors like purple and russet. I hand-sewed a stack of quilts, made a goosedown coverlet from a Colorado kit company, and knit a cedar closet full of woolen sweaters. We built our own house, barn and chicken coop. For heavens sake, we drilled our own well!

Sometimes when I think back, I have to remind myself that this all really did take place. I’m sure that some of you can identify with this. There is nothing quite like the energy of youth. Youthful energy becomes mid-life habit and mid-life habit begets senior citizen tradition. It’s all good.

At home, I drove the truck up to a high field during the Perseids in July and lay in the truck bed with my sons while the cascades of meteors flew by.

I’m pleased to say that we now live on an island in Puget Sound where these values are firmly in place. People here take the ferry to the mainland. Thankfully, there is no bridge.

Certainly we haven’t spurned technology. It brings the world to us. We even have an island Facebook group where our residents share what they no longer need, report ISO (in search of) items and report stuff we need to know. Example:

“Heads up! Two Nubian goats seen headed south on Island Road at 5:10 this afternoon. Do you know who they belong to?”

Live the Island Life Anywhere on the Planet. Live Green. 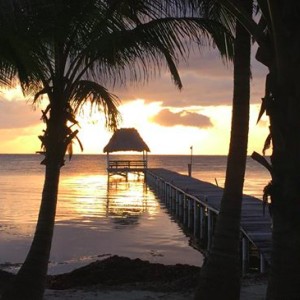