About once a year, I do a Google search for Noah Adams’ NPR interview with Frank McCourt so I can hear McCourt’s lovely Irish voice and once again, be inspired.

Why is Frank McCourt my inspiration? 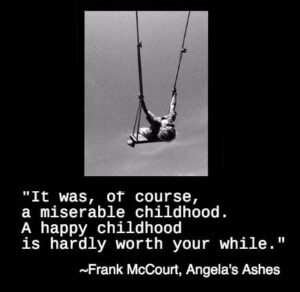 No, I didn’t grow up in squalor. We lived on a 3-generation farm where we had plenty of food to eat, and a hundred acres to run around. Of course, the reason we had a hundred acres to run around was that my mother commonly locked us out of the house so she could watch “her stories” on television and smoke cigarettes. I was in charge of the younger kids and, for their entertainment, I led them over hill and dale, dodging cow patties, grazing on wild strawberries, and building stick forts until the cows came home.

When I heard the NPR interview, I was 59.  It took me more than a few years until I got started. I was naive enough to think that my memoir would be ready after two or three rounds of editing. Ha! It’s taken seven drafts to get it right.

But enough about me. My mother would always accuse me of “getting a big head” if I said anything positive about myself.

I think I’ve managed to write some decent tragicomedy in my 371 pages of The Girl with the Black and Blue Doll. (McCourt’s has 369 pages. A coincidence.)

But I can’t match McCourt’s “we were so poor” story.

He told of how they were often without food.

One night he asked his uncle about food to eat and his uncle said there was none, so after the uncle went to bed, young Frank saw his uncle’s discarded fish and chip newspaper on the floor.  He retrieved it and began to lick the oil out of the newspaper pages.  Licking the obituaries and the sports pages and the headlines of World War II (and more!) until there was no more oil to lick.

I still think that fish and chip newspaper is the most tragicomic story I’ve ever read.  In my own memoir, the fish and chips were a bit more serious. Here’s the short version.

Like McCourt, we also were Catholics. One day when my mother had just put the Crisco on the stove to heat for the fish on Friday that she was going to cook, she got distracted. She heard the bread man toot his arrival in the driveway, and since Mummy was always very chatty, she and Norman always spoke at great length. The next thing she knew, Norman saw black smoke pouring out the screen door. A fire! The firetrucks, my baby brother being brought out to his carriage, my siblings and I running down the road from the school bus to discover the disaster. I saw my 10-year-old brother being flung horizontally from the front step by a fireman.

“Get outa here!” snarled the fireman.

“It’s my house!” screamed my brother.

That night as we sat around the kitchen table, my mother cried. Then, my father began to cry. I don’t know what we had for supper, but it wasn’t fish and chips.

And the next day? We went to school as usual. Dirty hair, smoky clothes. Sad.

I was in the girls’ room when I heard Sister Florentine’s voice, “Where’s Linda?”

That concerned me but I eventually came out of the stall and she ran to throw her arms around me. I remember her wooden cross pressing into my chest, her scratchy wool habit, and the feeling of being held like a baby.

It was my very first hug. I was in eighth grade.

Here’s a link to the NPR interview. Noah Adams reveals a great deal of the man in this 9-minute listen. Enjoy! 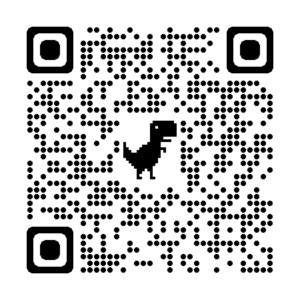 Following is a chapter from my—as yet unpublished—memoir, THE GIRL WITH THE BLACK AND BLUE DOLL. At this time of year, I think we all are drawn back to memories of Christmases Past. Chapter Thirty-Three One Christmas Morning In contrast to the festivities at Mémère’s cottage, Christmas was pretty much nonexistent downstairs at Babci and […]

It’s Veterans Day, the federal holiday in the United States observed annually on November 11, to honor the military men and women who served in the United States Armed Forces. I’ve been sitting here for 30 minutes, trying to find the words to begin. I’ve decided to share a radio script I wrote and recorded […]

It’s been a long summer of hot weather and hot heads. Hot tomatoes in the garden. Hot, crispy lawns that are fighting back to go green again. And now, 9/11. I almost feel embarrassed to post my trivial experiences from that day and the days following, but it’s like the Kennedy Assassination. We know where […]

I confess. I love to read in the hot tub after dark. I put my Kindle in a quart-size zip lock bag, lie back, and rest my “Kindle bag” on one of those inflatable bathtub pillows. Not jets, no light. All I want is the sky and the sounds of the night. I read as […]

Mummy died yesterday on Easter afternoon. Perhaps it’s somewhat symbolic given the nature of the holy day. Most might say she “passed away,” but I have no issue with directness. “Died” is direct. Flowers die. Trees die. They wither as their cells cease to receive nourishment from the earth and rain. “Passed away” has religious […]

You might recall that my 92-year-old mother was diagnosed with Covid-19 in April 2020. She was quarantined on the Covid floor at her nursing home in Massachusetts for 30 days. She seemed to have a mild case and recovered completely. That’s the Mummy we all know: the baby girl born prematurely in the third-floor walk-up […]

The first memoir I ever read was Frank McCourt’s Angela’s Ashes. It caught my ear as I was waiting in the car while my husband popped into an auto parts store. We were parked at the intersection of Route 412 and Butterfield Coach Road in Springdale, Arkansas and the auto parts surely had something to […]

SUBSCRIBE right here (It’s FREE!) and we’ll pop it to your email inbox. No Spam. No Ads. Not Ever.

Don’t you want to find out what happens to the Girl with the Black and Blue Doll?

THE GIRL WITH THE BLACK AND BLUE DOLL  was a Finalist for Best Unpublished Memoir at the 2021 Pacific Northwest Writers Assn. 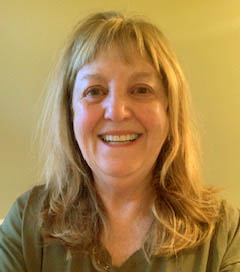