There was a man on the train platform. It doesn’t matter what race he was, or what age he was, or the color of his eyes.

He approached me with calm determination and a vacant look. Me, in my traveler black with the silver suitcase and an American Express card in the zippered security pocket on my thigh.

He told me a brief story of homelessness. He spoke so softly that I didn’t hear all the words with the rumble of the trains. I could only assess the body language and the wardrobe.

Then he asked me for a dollar.

Was his story true? Or was this his daily gig?

Did he did he put on raggedy clothes with bent shoulders and a forlorn look that morning as part of a performance that works for him in place of a more traditional job?

Did he proceed to the commuter parking lot at a different train station each day, rotating his way through the many train stations that surround his city?

Did he start with the morning commuters, and then, take a break at MacDonald’s before hitting up the mid-day suburban housewives on their way to a fancy lunch in town?

Did he use donations to buy a sandwich and a cold one to wash it down at a local bar? Did he meet his dealer in an alley for a hit? Was he a con man?

Or was he a down-on-his-luck drifter looking for work? A PTSD veteran? A man who fell through a crack in the system?

Maybe if I lived in that city and saw men with their palms open on a daily basis, I might be more cynical. Maybe, like most people, I would look the other way and let it be someone else’s business.

But I don’t live in the city, and I don’t see this every day.

I opened my zippered Baggallini purse and pulled a bill from its contents.

I gave the man the bill. He said a simple “Thank you” and turned away, then stopped with his back to me to view his take and place it in his pocket.

So. Was I a victim of fraudulent panhandling? Or a contributor to someone’s critical needs for the day?

In the brief seconds between “Do you have a dollar?” and “Thank you”, I decided not to judge.

With a twist of fate, any one of us could be that man on the train platform.

Christianity says to “Judge not, lest you be judged.”

The Torah of Judaism says 36 times to help “the widow, the orphan, the poor, and the stranger.”

In Buddhism, the more one gives, without seeking something in return, the more one gains. The suttas record various motives for exercising generosity. The Anguttara Nikaya enumerates the following eight motives: [1]

As long as our affluent society chooses not to have the compassion to find the resources to provide jobs and homes for those who need them, it’s up to us to individually decide what role we play in the great inequity.

Another train approached, the doors slid open and the masses flowed forward leaving the man on the platform alone. 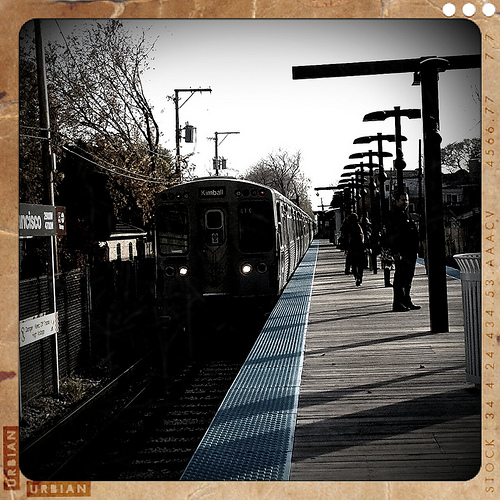 “Judge Not” is an essay from Linda Summersea’s Essays: Writing Like a Mad Woman.
“Judge Not” has also been published on elephantjournal.com. Check it out!