Yes, your mother (or grandmother) made it possible for you to have one less worry in your wild life.

Your mother made it possible for you to hook up with your lover without the fear of pregnancy.

Your mother made it possible for you to complete the joy of intimacy by making a physical connection to a human whose intellectual and spiritual bond with you was already in place. Or not. Your Choice.

When she was your age, your mother lived with the frustration of not being able to express her sexuality with a partner without fear of pregnancy.

I vividly remember that our bathtub surround in the 50s always held a jar of Massengill douche and its related hose contraption. When I learned to read as a first grader, I reveled in reciting the label on the jar aloud, line by line, to my sister as we sat together in the tepid water, knees up to our chins while my mother shampooed our hair on Saturday nights.

When I reached puberty, my mother handed me three items: a box of sanitary napkins, a copy of “Growing Up and Liking It” and a panty girdle. A panty girdle?

Yes. A panty girdle. Apparently she felt this would ward off the attention of any males who might consider fondling my buttocks.

The girdle as a form of birth control. What a concept!

By providing this panty girdle and the “Growing Up and Liking It” booklet, my mother felt that she had done her job regarding the Facts of Life.

The booklet, brought to us by the Modess Corporation, a company that made sanitary napkins, had drawings of the female reproductive organs with the triangular shaped place called the “uterus”, connected on each side to an ovary by means of fallopian tubes. There was a drawing of an egg in motion, wiggling its way down the track of life with its little tail. Circles and arrows, Arlo Guthrie style.

The voice of authority in the booklet said that each month eggs were released from the ovaries and the result was blood, known as one’s “period”. However—and here comes the really scary part—if an egg was fertilized, you didn’t get your period, pregnancy was the result and a baby began to grow inside you! OMG!

The booklet neglected to explain how the egg got fertilized. I pored over those pages behind closed doors, secretly, constantly. There was no one with whom I could discuss this awkward topic and I could not for the life of me figure out the fertilizing part. Damned poor editing on the part of the Modess Corporation, I’d say.

The result was that Every Single Month from age twelve through eighteen and a half, I worried myself sick that my egg was going to get fertilized. I marked my period on freebie Hallmark pocket calendars with a star for each bloody day. During the week of having my period, I was relieved and buoyant. Unfortunately I was also in terrific discomfort since I was one of those unlucky ones who endured really brutal menstrual cramps that ached all the way down my inner thighs. Curl-up-in-fetal-position pain, with-your-eyes-shut pain. My mother never gave me anything to take for it. She’d say, in this “I told you so” kind of voice, “That’s the Facts of Life.”

During the week after my period, I’d be OK for a while; then those fears would begin to dog me again. Once, I meekly said to my mother, “My period is late this month.” It was late. I didn’t have precisely regular periods.

“What have you been doing that you’re worried about your period being late?”

“Nothing,” I said. Which was true.

When I had a blind date with a neighbor’s boyfriend’s friend, my mother suddenly came up to me, and said, “Your father wants to make sure that you know about ‘The Facts of Life’.”

Then I went to college. 1968. I had a new boyfriend and he conveyed the truth of the “Facts of Life”. Yikes. I sincerely had no idea. I was a late bloomer. I didn’t even understand what Mrs. Robinson and Benjamin Braddock had been up to.

What was it like to be dating and mating as a college student in the 60s and 70s?

Colleges had Rules. Crazy rules. During the early 60s, men could only visit women’s dormitories in their downstairs parlors. Later, when men were allowed to visit women’s rooms, the door had to be kept open. Both parties had to have one foot on the floor. Yes. It’s true.

Even at our state university, where rules were more flexible than women’s colleges, there were strict curfew hours in the late 60s. 10 p.m. on weekdays. Midnight on weekends. Sign-ins compulsory. Don’t even think about spending the night with a member of the opposite sex.

Then overnight—not quite, but it seemed like it—everything changed. 1967 had been “The Summer of Love” in San Francisco. We became “gentle people with flowers in their hair”.*

The women’s movement began to gain momentum. Betty Friedan and Gloria Steinem continued to inspire us to stand up for our rights—including the right to sexual freedom.

Changes were happening on college campuses at warp speed. It was still illegal to prescribe birth control pills to unmarried women until 1972, but sympathetic doctors could be found.

In 1970, I was engaged to be married. I learned from other women that there were liberal doctors at our Student Infirmary who would prescribe the Pill under certain circumstances.

When the doctor closed the door on the treatment room, he asked the reason for my appointment.

I was nervous but truthful. I told him that I was engaged to be married, and my fiancé and I would like to have sex.

“To have sex” sounds a bit incongruous, but I don’t recall any euphemism that I might have used. Certainly not the slang of the time—“get it on”—and certainly not a clinical term like Sheldon Cooper’s “engage in coitus.”

The doctor looked at the engagement ring on my finger and reached for his prescription pad. Minutes later, I was heading down the hill with a 3 pack and I was officially “on the pill”.

The result of those transformative years was your personal sexual freedom.

My advice? Be very careful how you use it. There’s a lot more to intimacy than sex.

“Thank Your Mother for your Sexual Freedom” is an excerpt from Linda Summersea’s manuscript of essays, Writing Like A Mad Woman. 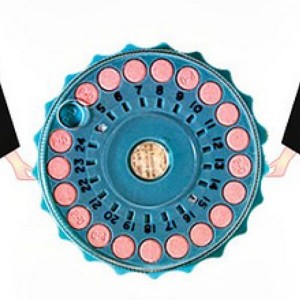