Three days ago, I posted about the fear of tap dancing.

Well, there was a little more to it than that, but fear and hesitation pretty much sum it up.

Received an email newsletter this morning from Holstee, with its editorial written by one of Holstee’s two brother founders.

He referenced the psychologist Abraham Maslow as he spoke of a recent episode of his own fear, a backflip into a canal in Amsterdam. Do it. Don’t do it.

I had totally forgotten about Maslow (Psych 101). His theory is a perfect reference to the tap dancing post. That is:

Maslow said that at any given moment we can step forward into growth or step backward into safety.

It’s as simple as that.

If you choose growth over safety, it’s so worth it. 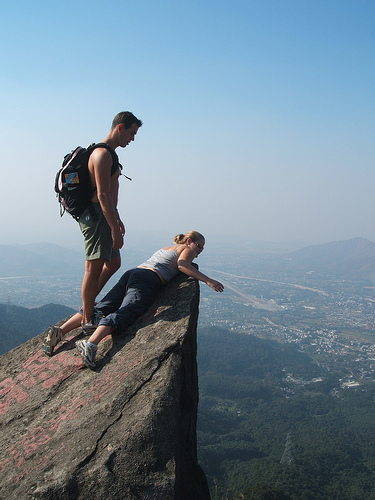