Every family has its secrets.

I often sat with my paternal Polish grandmother- Babci- at the round oak table in her kitchen, under the watchful eyes of Jesus and his Apostles. (All good Catholics had a framed print of Leonardo da Vinci’s The Last Supper hanging in their kitchen or dining room.)

We shared a cup of tea, and in very special instances, a slice of her apple pie, made from the apples in our orchard that she covered with a crust made flaky by the lard from our slaughtered hogs.

The tea- Lipton or Salada- was poured from a kettle on her cast iron cook stove into Blue Willow tea cups that were crazed with fine lines on their pale interiors, like the wrinkles that she wore by then in her early sixties.

Heat shimmered from the surface of her cast iron cook stove winter or summer, stoked with split logs that she carried in from the woodpile. Babci never had a modern stove. Wood was plentiful.

When we didn’t have cups of tea, we sat by the window, each of us a bookend to the pots of red geraniums on the sill.

Babci’s kitchen was a good place for a lonely girl to get away to. She and I spent many quiet afternoons in mostly companionable silence.

Once, Babci began to cry softly.

I looked at her, my eyes questioning.
Finally, I guess that she sensed she should offer something in the way of explanation.
She told me that my grandfather—not my grandfather who was her husband— but my other grandfather—my mother’s father— was a very good man.

I nodded in agreement.

Yes. He was a very good man.
Babci then reached into the pocket of her apron, retrieving a balled-up handkerchief that I noticed was wet with tears. She dabbed at her eyes self-consciously.
“Don’t tell anyone,” she said. 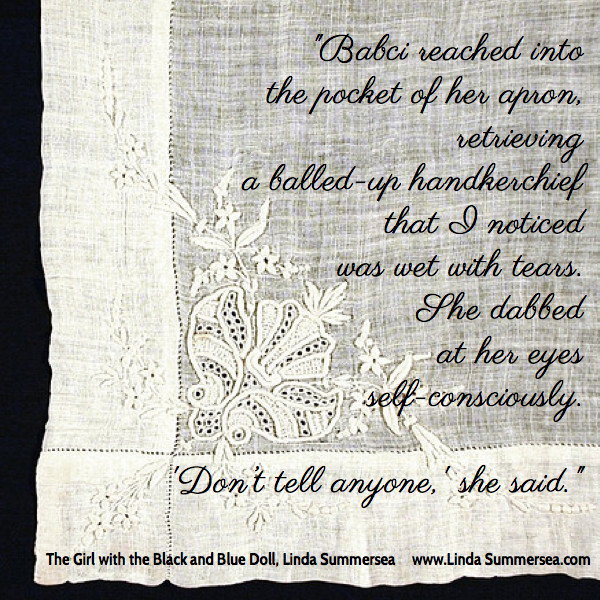