The value of writer critique groups was brought home to me this week.

I finally located a Memoir-specific critique group and joined their Write & Share meet-up on Wednesday at the Greenwood branch of the Seattle Public Library.

Frankly, I arrived a little shell-shocked.

Riding the ferry is always relaxing. Seagulls and sea spray off the bow, and I, optimistic as always for the very slight chance of seeing otters or orcas. Maybe just sipping my coffee and reading a few pages of a book that I’ve brought along.

But battling the morning commuter traffic for over an hour was a shock to my country girl chill.

I was beginning to doubt my decision. I told myself that I’d participate in this meeting but probably wouldn’t return because the wild drive might be just too much.

A little backstory. The Memoir group has 63 members and has been meeting for two years. They have two meetings per week, and in order to keep the critiques productive, a maximum of five members—first come, first served—are allowed to sign up for any one meeting.

The meet-up schedule is writing from ten to noon, followed by an hour of reading and critiquing. It works because most members have other jobs and responsibilities so many aren’t available for meetings on a regular basis.

The Value of Writer Critique Groups 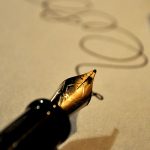 My previous critique group experience was two years ago. We met in Eureka Springs, Arkansas, and I was a member of that group for almost two years. Since then, I’ve had writer friends and reader friends critique chapters here and there, but nothing in a live, small group setting where a discussion can take place.

I’ve benefited from their friendly but professional feedback, but I recently found myself stuck in the “muddy middle”, as the middle of a manuscript is often called when you get bogged down with uncertainty about your direction.

So here I was, entering a new-to-me library at Storytime with a dozen strollers in the hall and gurgling babies everywhere. Sweet.

I saw two likely members of the Memoir group seated at a table tapping away. They were together, but they weren’t, somehow, “together”, and each was absorbed in working.

I took a chance and asked if they were the writers’ group. They were.

Introducing myself, in that brief moment, I knew that this was going to work out fine. I found a spot for myself and tried to write.

I had come prepared with printed copies of a piece for Write & Share so I wasn’t under stress to produce something new on the spot.

At noon, we moved into a reserved study room, everyone introduced themselves, and a productive session of reading and critiquing began.

Most of all, I appreciated the reading and critique of the other writers’ work. So much of what was said about their chapters could apply to mine. Structural reminders, scene notes, characterization, pacing, and so on. As a result, I was able to learn from far more than just a critique of my two double-spaced pages.

Sometimes, it’s just nice to be with others who are walking the same path. I think that one doesn’t choose writing. Writing chooses you. Every writer I’ve ever met agrees with one thing: we can’t stop writing.

The pages I had chosen to share were a memoir chapter that I’m planning to read at an Open Mike in Oakland CA next weekend during The Magic of Memoir conference. It was great to receive feedback confirming what I had selected.

They suggested a couple of tweeks that I hadn’t noticed and gladly accepted. We try very hard to look for flaws in our work with an open mind but oftentimes we miss obvious places where a better word might be swapped in or something that we take for granted might need clarifying.

One of the writers had questions about changes he was considering for the beginning of his manuscript. I could identify with that—I’ve changed the opening chapter of my memoir three times this year!

The group said, “No! Don’t change it.” And that was that. Within reason, we trust another writer’s opinion, especially when they explain why something does or doesn’t work.

I can see that I’m going to brave the traffic. Certainly not weekly. Not even bi-weekly. I think I can safely commit to every third week. It’ll keep me on track.

Besides, I want to know which of my opening chapters is the one that works.